History of the locomotive builds

I have started building my first locomotive in 1981, based upon the published design of “Gezina” and “Gea” in the dutch model magazine “De Modelbouwer”. This design is a free-lance model, based upon the Orenstein & Koppel 0-4-0 contractors locomotive. A design for an operational steam model, on 3½” track, in narrow gauge. So a building scale of  ± 1:11 .
This is my first Live Steam locomotive to be built..The construction of two locomotives started in January 1981, and the first run on Alberdina on a track was performed, on October 2, 2010 !! So after almost 30 years of building a real success ! This section of the website contains background information on the locomotive itself, and my construction activities.

In the real world many of these locomotives had a female name, often within the family of the contractor’s company. I named it “Alberdina”, my mother’s name.
In 2010, the first steam tests were performed using this locomotive. This is a picture of my first test of the Alberdina, and a link to a YouTube recording. 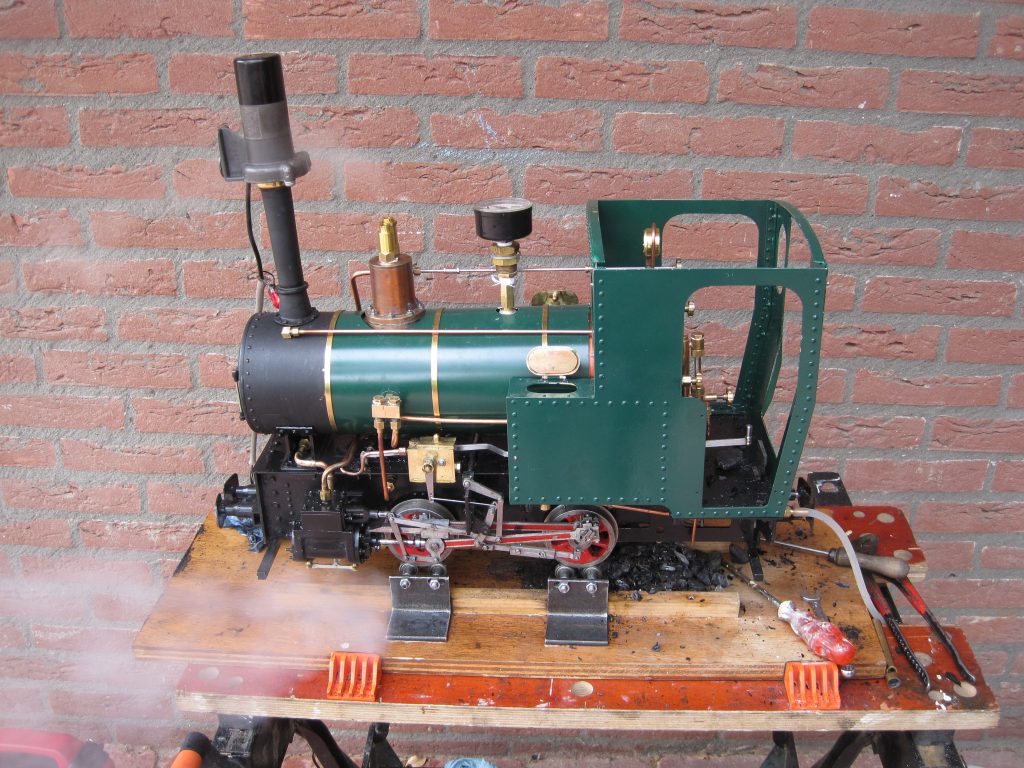 From the start (yes in 1981) of building my model, I also produced the parts and assemblies for a second locomotive of the same design, yet to be named… While performing the first test runs with the Alberdina, I discovered some mistakes in the drawings and in my construction. Therefore I decided to start quickly with the assembly of this second locomotive, omitting these problems.

Construction information to be added for locomotive B

Building started in 1981 for the two locomotives.A long time ago, but many “real life” events happened in between. Including moving overseas twice for an extended period, but we could move (part of) the workshop including one locomotive as well. This is the progress in the fall of 2008: For …

I started working on this locomotive, a long time ago, while in university, in 1981 ! After I had done my first attempts at Model Engineering, by building a vertical steam engine, a Stuart V10. See the Stuart Website. This went rather well, working on the castings on my first lathe, …

Spring 2010: Tried to raise steam. But no success the first times. More to follow….

The first official test of the boiler was done in April 2010, by the Stoomgroep Holland.